If you want to learn English Communication Skills, Join the best institution. 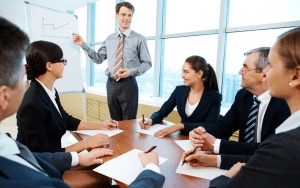 If you want to learn English Communication Skills, Join the best institution.

Those who are familiar with the epic Mahabharata might be aware of the character called Eklavya
who learnt archery by keeping the statute of his guru Dronacharya in front of him. Subsequently, he
became such a master of this art that his guru could not believe his own eyes. But this was in
Mahabharata. In reality, we are more like Arjun who need a Dronacharya at every step so that we
move in the right direction and reach our destination with an expert help. This rule holds good for
learning spoken English also. There are many who learn English by simply listening to others but the
majority of the aspirants are not in position to do so. Let’s see what difficulties they face.

Lack of conducive environment is one of the biggest problems faced by the learner. He or she does
not find someone with whom the conversation can be initiated. It becomes very difficult to speak in
English with those who are less educated than them as the learner will be given the tag of being a
someone who shows off. On the contrary, such learners find it difficult to converse with more
learned one because if anything goes wrong, there is a possibility of being mocked by them.
Therefore, there remains a dilemma in learner’s mind: when to open mouth so that some practice
can be had.

This is very important specially in India where we judge a person’s attributes by assessing the
correctness of his or her English. Just managing to speak English is one thing and speaking correct
and polished English, as per grammatical rules, is a different ballgame. The grammar taught in the
school is so boring that the learners stay away from grammar during their learning stage. The result
is incorrect or insufficient grammatical and pronunciation skills while speaking this foreign language.

The advantage of a spoken English institute.

Though there are some books and CDs available in the make that claim to develop fluency in a few
days, it is the practical approach that helps one to learn this skill as fast as possible. The biggest
advantage of a spoken English institute is the presence of other learners of more or less same level
and, of course, a trainer who can find the mistakes in students and help them overcome the same.
As there is no fear of being mocked, the learners start opening up and over a period of time, they
succeed in learning this skill. So, if you have made up your mind to learn English and stay near Kurla,
Chembur and Santacruz, walk into Anamika’s English Academy, which exists solely to extend a
helping hand to the aspirants of English speaking.