The importance of INTERNATIONAL YOGA DAY 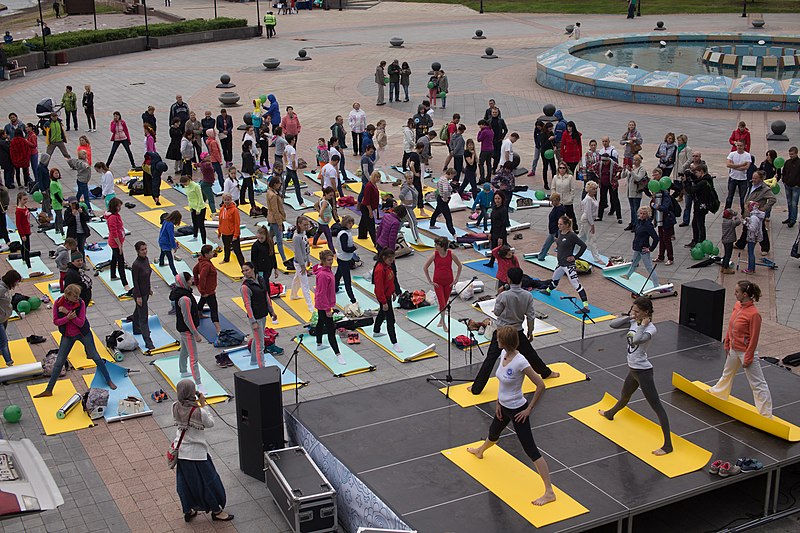 Finally, we celebrated International Yoga day with joy, happiness and dignity. After ages we felt and realised that something has been considered worldwide which was the origin and invented by our ancestors. Yes, we feel privilege and proud to celebrate Yoga day on 21st of June, because in ancient India this was the lifestyle of our monks and Gurus who practiced Yoga for their whole life and restricted it to the access and involvement of common people.

Actually, the practice of Yoga relaxes the mind and helps you to get rid of a lot of physical ailments like knee pain, frozen shoulder, belly fat, back ache, diabetic, high and low blood pressure etc. Yoga is a form of exercise where even the young or old can do it. Of course, there is no age bar when one can start doing Yoga activities.  Many think –  that being a slow form of exercise how can it benefit the body? However, the advantages of this form of exercise are manifold. I wouldn’t want to go into minute details here.

On the Yoga day, when I scrolled through my messages, I saw many messages wishing me for ‘International Yoga Day’.  I smiled and it set me thinking –  Why do people wish you for Yoga Day. Is it a new fad or people think by wishing each other; they have participated in the yoga day.

Few years ago, our Indian yogis, Gurus or representatives of Yoga were popular and respected by the western countries. They highlighted the benefits of Yoga and made millions of followers and Yoga practitioners around the world. Swami Vivekanand was the first Indian who introduces Yoga to the world and influenced the International community.

Who can forget B.K.S. Iyengar, who was the founder of the style of YOGA known as “IYENGAR YOGA”. Guru jee (BKS Iyeangar) brought Yoga on the world map and his centers for Yoga training can be found in most of the countries. Sri sri Ravishankar ( Art of Living ) and Jaggi Vasudev (Satguru- Isha Foundation) are the renowned names for spreading the knowledge and Practice of Yoga in India and across the globe. Baba Ramdeo (Patanjali) is one of the foremost teachers of Yoga in India and abroad who reached with his ideas of doing Yoga for common people in India.

27th of September 2014 is a remarkable day for Indian history when our Prime Minister Sir Narendra Modi proposed International Yoda day in UN assembly; within 100 days World Yoga Day was approved and supported by 177 countries and 21 June was decided to celebrate it. We must thank Shri Narendra Modi ji; for having declared such a day and made yoga compulsory in educational institutions. By doing this he has at least brought yoga (our oldest form of exercise) into focus and made people sit up and think of its benefits.